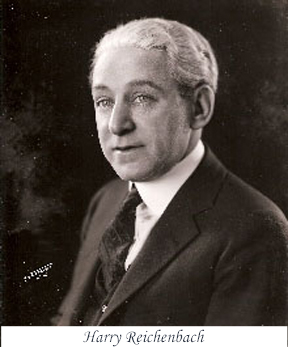 Harry Reichenbach (1882-1931) is one of the legends of public relations. He was born on a farm close to Frostburg, Maryland. His father was a grocer and saloon-keeper.
He was an US press agent and publicist who was known for the kind of sensational publicity stunts that he came up with to promote films and other clients. He worked as an agent for actors and a promoter for the studios. He was also one of the founding members of the Associated Motion Picture Advertisers.
When it came to generating publicity for his clients, he was not just innovative, he was bold, daring and at times even went to the point of being atrocious. However, the press loves controversies and his clients were happy even if his methods were not what most PR professionals would even dream of trying. Nevertheless, it’s worth knowing about them.
One of his first jobs was to promote a woman called “Sober Sue” and he did a fantastic job. She never smiled but he succeeded in getting her a contract at the Victoria Theater on Broadway. He asked them to offer $1000 to any New York comedian who could make her laugh. This never happened because the lady had paralyzed face muscles and this made her incapable of laughter.
At times, Reichenbach would stage fake kidnappings of actresses who would appear in his films. Once this involved crossing the border into Mexico and this had an awful backlash when the US President Woodrow Wilson wrote an angry letter asking him to stop!
Once he was given the task of promoting the sequel ‘The Return of Tarzan’. He got pretty creative and hired an actor who stayed at the Hotel Bellclaire with the name Thomas R. Zann. His luggage included a crate so huge that it could only be brought into his room through a window. Naturally, this intrigued everyone. Once this was done, he called for fifteen pounds of raw beef. The cook and the hotel detective arrived to find out what was brewing and realized that the meat was for the guest’s pet lion. The hotel called the police and “Mr Zann” explained to them and to the press that he was a huge Tarzan fan.
He helped actor Rudolf Valentino revive his sinking career by making him grow a beard and then asking the Master Barbers Association to boycott the picture. This generated plenty of publicity.
One of the biggest publicity stunts that Harry Reichenbach pulled off was when he was working for a New York City art dealer in 1913. The dealer had purchased 2000 copies of the painting “September Morn” and had to sell them. It featured a nude girl standing in a quiet pool. The picture was priced at merely ten cents apiece but yet it lay unsold. Reichenbach daringly stuck one copy on the window of the store and then called up Anthony Comstock, head of the Anti-Vice Society.
When Anthony arrived at the scene, he was upset finding youngsters looking at it and passing comments. They had been hired by Reichenbach too though Anthony did not know it. Upset with the turn of things, he appealed to the courts and banned it. This made the picture famous as it appeared in papers and copies sold like hotcakes at a dollar each.
Most PR professionals may not be able to go to the lengths he did, but out-of-the-box thinking can surely help generate greater publicity for clients.